While the new limitation is rough, there could be deeper implications.

If you haven’t read about the new Chase Sapphire limitation it basically goes like this: you can only carry one Chase Sapphire at a time, and can’t get a Sapphire sign up bonus if you’ve gotten one in the past 24 months. In other words…Have a Reserve, you can’t get a Preferred and vice versa and if you received a bonus on either of them in the past 24 months, you can’t get another bonus until that 24 month timeframe has elapsed. The only exceptions are for those cardholders that currently hold more than one Sapphire as they can keep both cards. While this is bad for churners, my fear is that it could signal future limitations or devaluations.

Not being to have two Sapphires at one time makes it harder to light up Singapore Suites. 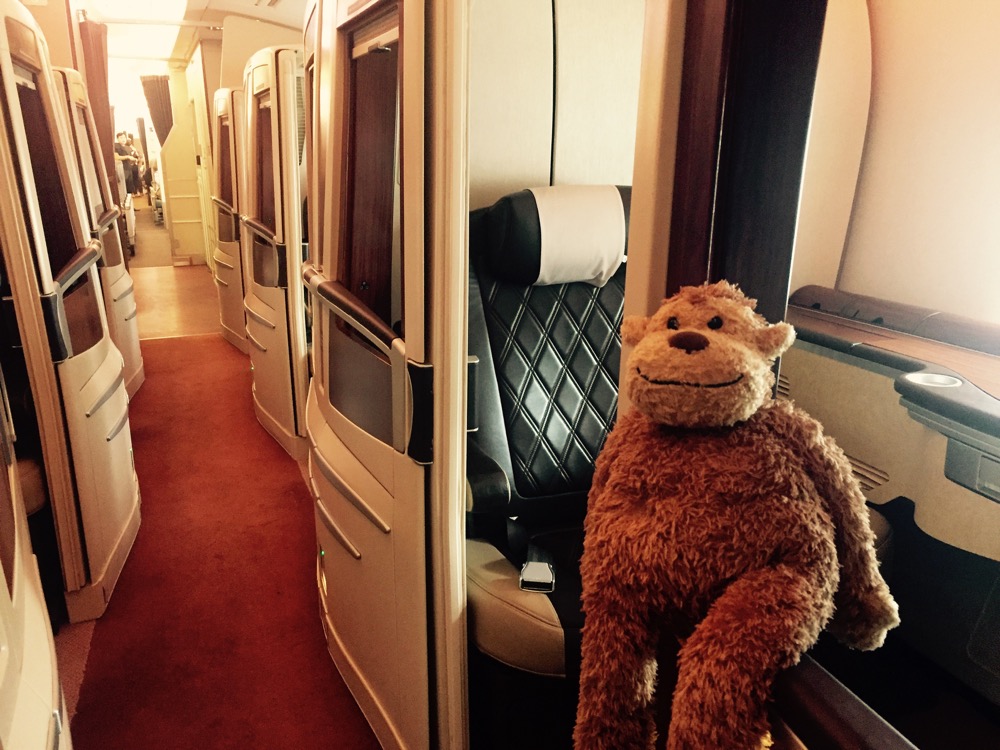 At face value the impetus behind this seems to be churning

I get why Chase would make the move even though I don’t like it. They lost a ton of money on the Reserve its first year, and it’s still yet to be seen how many will keep it a second year. In order to stem the hemorrhaging they first dropped the sign up bonus from 100k to 50k, and then cut the $300 travel credit from calendar year to cardmember year.  Two big drops from those who got the card last August.

Now they are limiting the ability to get bonuses from signups within the general Sapphire brand. In all honesty, having both the Reserve and the Preferred doesn’t make a whole lot of sense unless you’re doing it for sign up bonuses so this is one way for Chase to limit its exposure.

One possible scenario that doesn’t work to Chase’s benefit is one where a current Sapphire Preferred cardmember would like to upgrade to a Reserve and would have done so via a signup. If I were in this situation I wouldn’t be approved because I carried a Sapphire. So I would have to downgrade or cancel, then sign up for a Reserve, and only get the bonus if I hadn’t signed up for the Preferred that I currently carry within the last 2 years. Perhaps they will incentive Preferred cardholders with upgrade bonuses…who knows.

The less obvious reason, and bigger concern to me, revolves around the possible limitation on point transfers between Ultimate Reward accounts. This new Sapphire limitation sets the stage for its implementation quite well

There was a rumor floating around several weeks ago that Chase may limit the ability to transfer between Ultimate Reward accounts. The rumor was based off of a survey that a consumer had taken and screen capped. Via DOC

Say they implement any one of these policies.

I’d assume the change would affect points earned after the new policy goes into effect. Therefore there’d be a rush to move points into an account with the highest redemption value. Those with Reserve cards will push their Freedom, Ink Cash, etc points into their Reserve account.

If they cancel or downgrade that Reserve card after the new policy takes effect they would need to transfer those points into another account or lose them.

If you can’t hold a Reserve and Preferred at the same time it would create quite a dilemma for those without grandfathered Preferred cards or Ink Plus/Preferred cards. If #2 on that list took effect – you couldn’t transfer points from your Reserve to your Freedom or Freedom Unlimited as it’s annual fee to no annual fee. It’d be a use or lose situation for all those points in that account. Or it would be a HUGE incentive to keep that Reserve card open because the cost of losing the points is larger than the cost of keeping the card and paying an annual fee.

Even if you could transfer from Reserve to Freedom would the points transferred retain their Reserve value even though they are now held within inferior accounts? I’d think not – why would you enjoy higher redemption value and UR transfer ability without paying the annual fee? That’s how it currently works – close a Reserve, transfer to another account, and you lose the 1.5 cent redemption value.  If #1 were to take effect Reserve points would transfer into Freedom but retain their original value: 1.5 cent redemption and transfer to partners. However, if you were to cancel that Reserve account would the points disappear or would they suddenly be worth the same as Freedom points – losing 33% value in an instant.

These are just a couple hypothetical situations, but the limitation on Sapphire creates a platform for UR point transfer limitations to be even more devastating.