This was a birthday trip for Miles! It was a combination of using a Fairmont credit card sign up bonus of 2 free nights( which is still active btw), and also trying out Virtuoso benefits. The original plan had been to use it on the around the world trip in New York and London at the Plaza and Savoy, respectively. However, those bloody hotels have tons of black out dates and unfortunately were unavailable. Thus…we used them for this stay. The free nights and the Virtuoso benefits, I have to say, are both pretty sweet. Miles and I arrived very late at night, used a Blacklane to get to the hotel ( which turned out to be the longest ride ever), and as a result check-in was very- err- “swift” – more to come. Just a little sidenote, Montreal immigration uses machines very similar to the machines used by Global Entry Nexus if you stay to the right before entering. If you veer left…you will queue in a long, traditional immigration process. Yuck. Oh and no stamp…wtf…double yuck. Taking a look at the hotel

It was late. I was tired. The hotel is in a great location, but dated. Did I mention I was tired?

Check in was super easy. It was nearly 1:30am when I finally got to the hotel and there wasn’t a person in sight. The lobby is underwhelming at best, and completely fails to meet the standard at which other Fairmonts around the world have set: Grand lobbies, an aire of elegance, regality, but a las, this Fairmont just feels a bit deflated. Again, maybe I’m just tired.

I looked around, thinking maybe I was in the wrong area. Literally no one, staff or otherwise was to be found. I ended up sneaking back behind the desk for a little “yoo hoo” and a very friendly face came from around the corner, and apologetically took me over to check-in. She explained the virtuoso benefits ( which, by the way, I landed a King View room for less than the price of a standard on the fairmont.com site ) and she gave me 3 days worth of morning buffet breakfasts in Le Montrealais and also notified me that a $50 CAD food and beverage credit would be deducted from the bill at check out. The hotel was completely sold out over Labor Day weekend, and upgrade was impossible to score. Not a biggie, between the two rooms we had more than enough space.  All in all, I was excited to see the rooms and we’d been given a hefty amount of credits. The breakfast buffet itself was $33 CAD a person or $66 a day. Ok, so the hotel isn’t ridics. But the people are. The staff is supremely warm and welcoming. In fact, it’s a little bit of a brain bash…everyone spoke french, but then… was overly nice.

Wait whaaaaaa? I completely had my french guard up. Ok, here’s where someone with say something about me trying to pronounce something, or not knowing what a meal was, or a street name….but it never happened. Literally, not once. Anywhere. Bar none. The hotel just exemplified this common theme.

The rooms were nice. Not incred, but definitely nice. Comfy beds.

I will take a dated hotel, with comfy, nicely appointed rooms and common spaces, and a restaurant with good food over some hoity toity, stuffy, 5 star marbled out hotel any day. I mean, this is Canada, so you are going to be immersed in some of the warmest people in the world, but even so, the hotel stood out with great staff.

Here’s the thing. This hotel isn’t priced to be a 5 star hotel, really even a high end 4 star hotel. The Virtuoso rate, with $66 Cad free breakfast, was $209CAD. That is an outstanding deal. It’s smack in the middle of Montreal, on a holiday weekend, and it feels superb to pay less than $200 a night for an upgraded room with free breakfast – that is a great deal. The problem, which I think I fall in a large pool of people, is that they might make a comparison to other Fairmonts…which isn’t fair, but is bound to happen. Montreal is such a cosmopolitan, romantic, diverse city that I presumed the largest hotel in the city that is branded “Fairmont” would seduce me…especially when like it’s sister property in Quebec City looks like this: The location is superb.

So it doesn’t take your breath away aesthetically, but what it does do, is plop you right on top of the metro, the train station “Gare Central”- where you can catch the canadian rail as well as amtrak, the underground city of connected tunnels and shops, a short walk to the old city, and really some great spots to see right around the hotel: Case in point ” Mary queen of the world” cathedral which is right next door to the hotel. If you’re interested in getting around, this spot is ‘in it’ The other great thing about the location is the proximity of great restaurants. We had a phenomenal meal at a restaurant called Ferreira located 1446 Rue Peel, Montréal, QC H3A 1S8, Canada. It was absolutely incredible!

Speaking of food…the breakfast served at the hotel hit the spot. I didn’t have any hot food, but the rest all did and said it was very good. The buffet is served in the Cafe Montrealais, right past the elevator bank. The staff are all, at the very least, bilingual, and very quick and clever. Each day we had someone new, who could not do enough to make sure we had all we needed, but also did it with a humorous touch. These are qualities that make the otherwise average accommodations enjoyable. 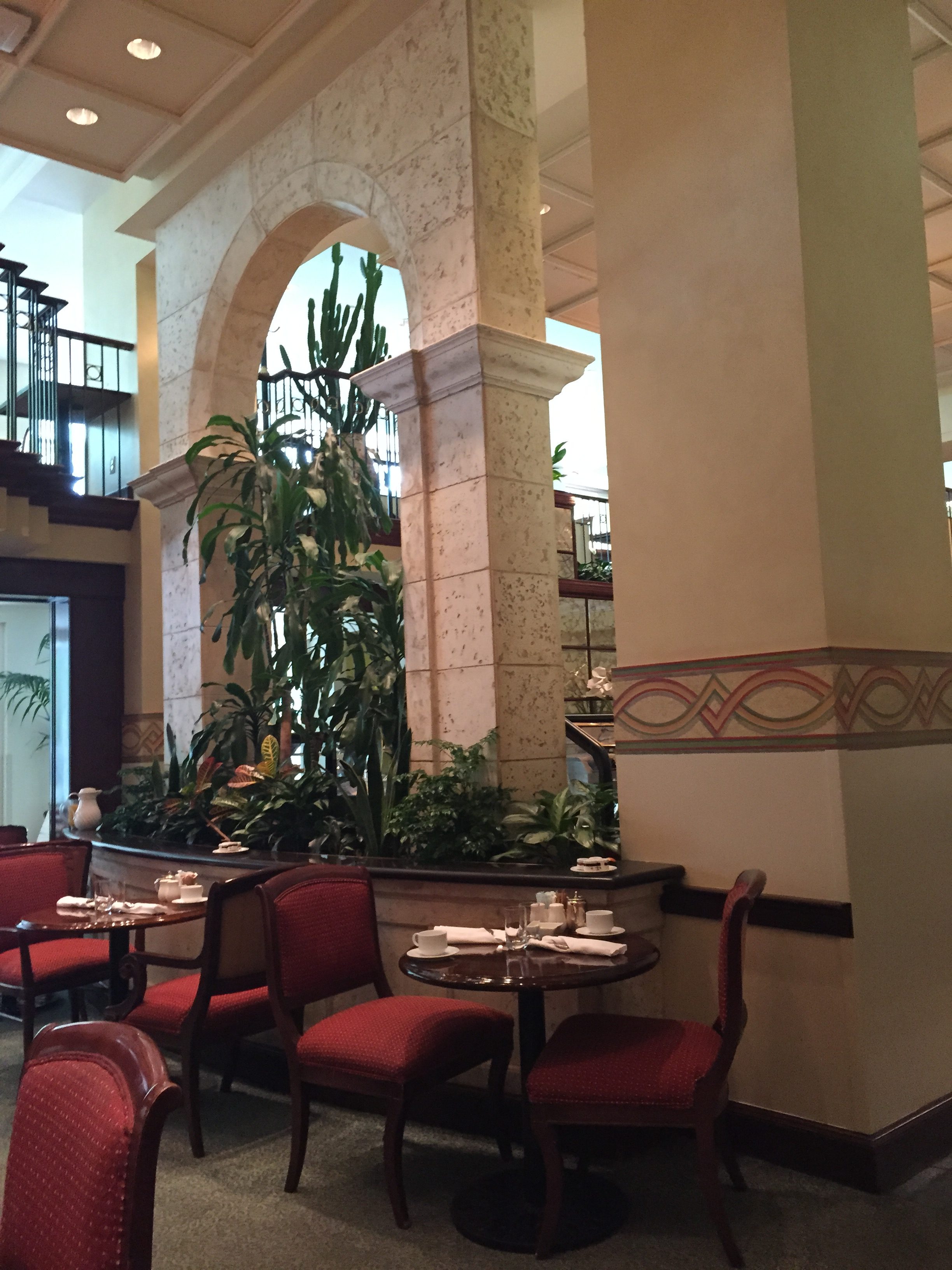 Oh my goodness… I almost forgot the room! The hotel has history.

It’s where Yoko and John Lennon did their famous “ bed In ”  for peace. You can actually rent the suite they used for a crazy amount of money. That’s probably unfair, but it was about $2000 Canadian for a smallish 1 bedroom suite. If you’re a huge Beatles fan it could be a bargain I suppose, although I’m sure they’ve washed the sheets 😉 But more than history, the hotel has great people. This is the ultimate impression and sentiment I took away from the hotel, great flipper dippin’ people. At some point the hotel will renovate, improve the meat on the bones, but what kills great hotels all over the world are the people, and truly, that’s what saved this one. For the right price, and appropriate expectations, I would definitely recommend this hotel. Just don’t expect Lake Louise or Whistler style and you will be very pleased. I mean, cahmon – on one of the rooms, two of the nights were completely free and the other room had fantastic virtuoso benefits.

Expanding on Virtuoso – this is a program that I would encourage people to use. I have long used American Express FHR and while it’s great, you have to use an Amex. Whereas with Virtuoso you don’t have to – which makes it more attractive to someone like me who is always looking for ways to get bonus points ( I was meeting minimum spend on my Citi Thank You Premiere mastercard all the while earning 3 times points! ) . This would have been impossible with Amex FHR.  In fact, we had a great agent to work with named Jasmine Folden – if anyone wants to contact her as I’m sure that helped =) who was quite the treat over the phone, and I’m sure we will use her on future reservations.

oops forgot the gym…I also forgot to use it 😉 They were fantastic and 30% off on Sundays!!!! BOOOOOYAAAAAA. That’s all I’ll say. They were wonderful.